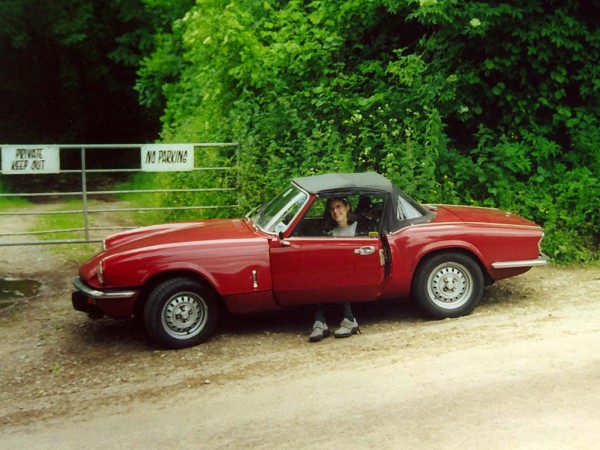 Near the start of our West Country driving holiday in our Triumph Spitfire we crossed into Somerset from Dorset. I wanted to show Sandra where the Glastonbury Festival was held as she had never been to that area before. The previous year I’d got caught up in some horrendous traffic queues when I’d attended the festival – not in the Spitfire though! Despite the frustration I’d noticed how beautiful the countryside was and I wanted to revisit the lanes again.

This photo is taken on the tiny lane that runs north south along the eastern edge of the Glastonbury Festival site – very close to where the disused railway crosses the lane. The picture was taken in early June and you can see the signs for the festival car parks have already started to go up.

Behind me it was possible to see through the fence into the festival site. Carrying on along this lane northwards you emerge into Pilton village.